All You Need to Know About Medicare For All 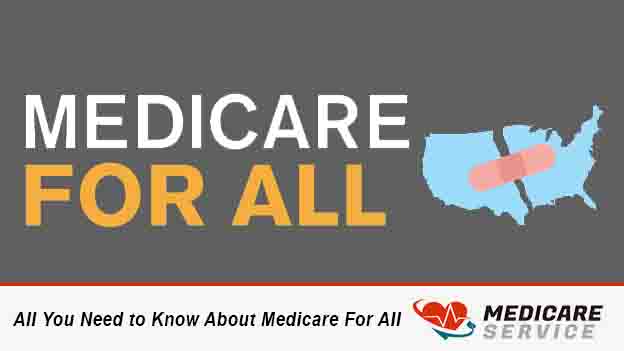 A single-payer health plan administered by the government will be covered by Medicare for All. Currently, Medicare is a federal program that provides people 65 and older and some persons with disabilities with health benefits. Although it's obvious that under this administration, Medicare for All is impossible, it's definitely a subject people are debating.

Advantages and Disadvantages of Medicare For All

The most important advantage of Medicare for All is that the government pays healthcare expenses while ensuring that physicians offer quality care that is relatively accessible. Universal healthcare, in principle, contributes to a healthy population and workforce. But the main drawback is that healthier people pay for less healthy people's medical treatment.

Medicare for All Disadvantages

Medicare for All Advantages

How does healthcare works with single-payers?

Single-payer healthcare is a type of tax-financed universal healthcare. This coverage would offer basic healthcare for everyone and expenses would be paid by a single public payment system. Canada uses a single-payer system to procure private companies for healthcare facilities. Whereas the United Kingdom owns and hires staff for healthcare resources.

Single-payer ensures that for healthcare, only a single public body pays. For all covered healthcare-related programs, this sort of system costs.

How much does Medicare for all cost?

It would cost the government a massive amount to provide a single-payer healthcare system. Medicare for All will cost $32.6 trillion from 2022-2031, according to reports.

It will pay for Medicare for All by:

Medicare for All will replace the Affordable Care Act and offer coverage for all. Funding must come from the public for this initiative, just like Medicare and Medicaid.

Also Read : What's the Difference between Medicare and Medicaid?

Why Medicare will explicitly affect Medicaid for all proposals

Medicare for all eliminates Medicaid. Covering over 73 million Americans, Medicaid is the most comprehensive health insurance program in the United States. These users will lose their Medicaid or CHIP coverage and receive coverage for Medicare for All. Yet, it would also include consideration of the needs of those who are on disability or recently incarcerated.

Universal health coverage will provide reliable, fair care to any American. People often go to the emergency room for basic treatment because of lack of coverage, they will be turned away from other locations.

For anyone earning more than $10 million annually, the highest tax is on them. But there will be lower copays and greater coverage for the average American.

Also, it is possible that the program is more successful. There will be higher work satisfaction for physicians with only one public entity run by regional boards. Thus more students would want to be doctors.

People in other countries now providing free-market healthcare pay less than half the rate that we pay in the United States. For their whole lives, they have affordable healthcare and peace of mind knowing that they have this coverage.